Can't find what you need?     Contact the Copyright Office

The fair dealing exception in the Canadian Copyright Act permits copying from copyright-protected works, which includes literary works, musical scores, sound recordings, and audiovisual works, if the copying is deemed to be "fair." The Supreme Court of Canada has stated that deciding whether a particular instance of copying may be considered to be “fair” requires a consideration of all of the relevant factors, and must be done on a case-by-case basis; the relevant factors include the following:

(a) the purpose of the proposed copying, including whether it is for research, private study, education, satire, parody, criticism, review or news reporting;

(b) the character of the proposed copying, including whether it involves single or multiple copies, and whether the copy is destroyed after it is used for its specific intended purpose;

(c) the amount of the dealing from the individual user’s perspective, including the proportion of the Work that is proposed to be copied and the importance of that excerpt in relation to the whole Work;

(d) alternatives to copying the Work, including whether there is a non-copyrighted equivalent available;

(e) the nature of the Work, including whether it is published or unpublished; and

(f) the effect of the copying on the Work, including whether the copy will compete with the commercial market of the original Work.

Further, the copying must be for one or more of the following purposes:

While evaluation of fair dealing is done on a case-by-case basis and considers the aforementioned factors and purposes, there are general guidelines which can be followed. A "short excerpt" can typically be copied and is defined as:

(b)  a single article from a periodical;

(c)  an entire artistic work (including a painting, print, photograph, diagram, drawing, map, chart and plan) from a Work containing other artistic works;

As mentioned, the aforementioned is a general guideline only;  the application of the fair dealing exception must be evaluated on a case-by-case basis.

A set of Fair Dealing principles to help you determine whether or not your copying is fair. 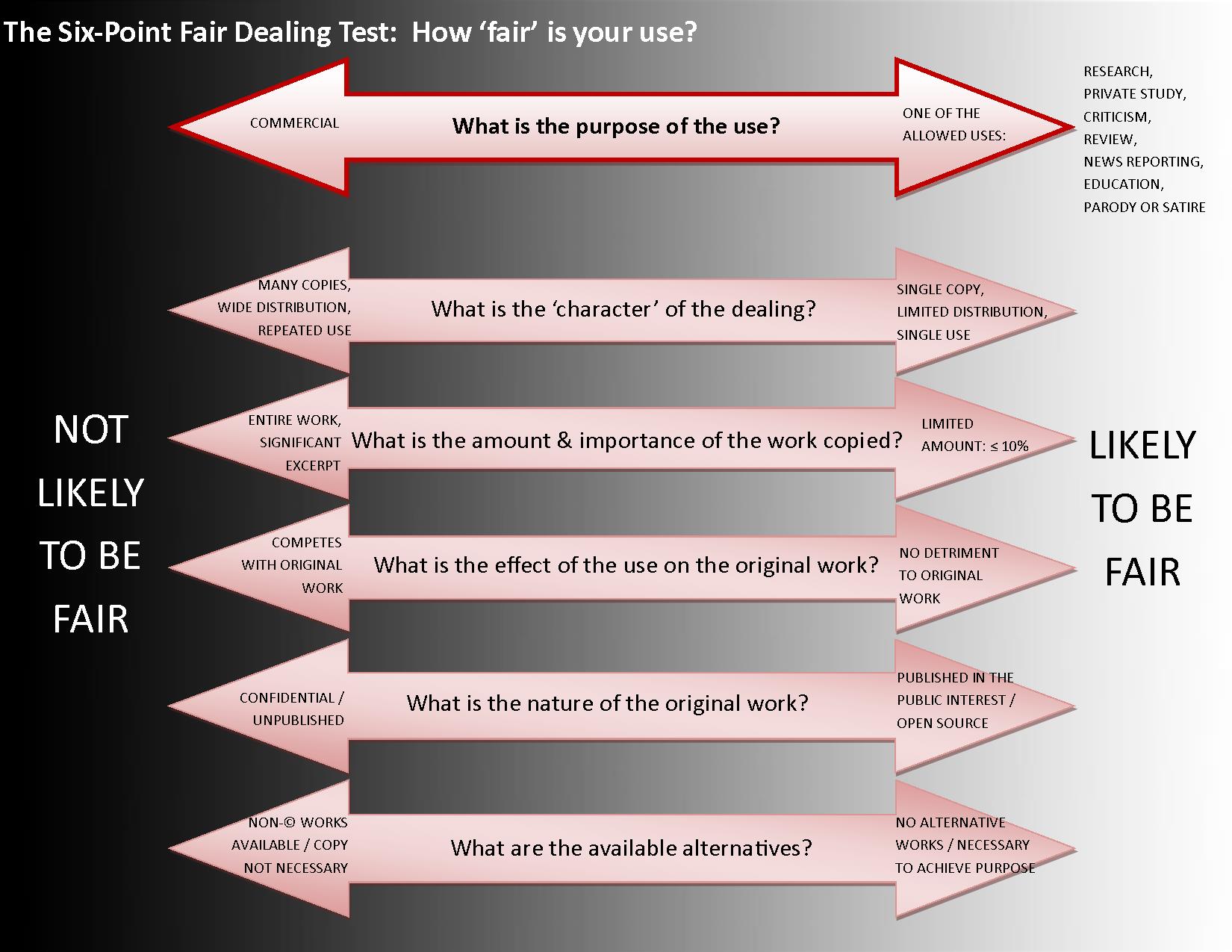